Some people aren’t fond of snakes, but we here at Earth Rangers think they’re ssssuper! Especially the milksnake, a non-venomous reptile that lives throughout Southern Ontario. Milksnakes are pretty distinctive looking, with smooth, shiny scales that are tan or gray and are patterned with red-brown blotches outlined in black. These snakes are carnivores and eat anything from insects to birds and small mammals. Milksnakes aren’t super rare, but their population size is susceptible to land development, disturbance from humans, and being collected to be sold as pets, among other things. That’s why they need our help!

On Their Own
Milksnake moms aren’t exactly super-involved in raising their hatchlings –  most snake parents aren’t. The female milksnake will lay a clutch of around ten eggs in June or July.  The eggs are laid beneath logs or rocks, and are left to incubate for around two months. When the eggs hatch in August or September, the baby snakes are on their own – and it’s a challenging world out there! Milksnakes are prey for animals like raccoons, skunks, foxes and coyotes.  Milksnakes live, on average, 10 years in the wild, so it’s important they have a safe habitat to call their own.

Give a Snake a Break
We at Earth Rangers want to make sure milksnakes have safe places to live for years to come. That’s why we’re working with our partners at the Toronto Region Conservation Authority to help restore a 16 km stretch of meadowlands in Toronto that will provide quality habitat for thousands of species of plants and animals, like the milksnake. The Meadoway Project will restore this important greenspace by removing invasive species, cleaning up litter, and planting the native plants that animals like the eastern milksnake need to survive!

The Wolverine: One Tough Customer! 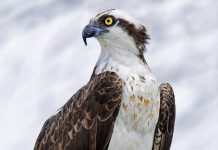 American Eels and Their Ladders