Plastic pollution is a major problem for our world’s oceans.  For World Ocean Day, we are staying up to speed on all things ocean pollution!  Read through this list of facts about ocean plastic to learn more about this significant issue and what it means for the environment and for aquatic organisms.

Fact 2:  The most common products that make up ocean pollution include:  cigarette butts, plastic bags, fishing gear, and food and beverage containers.

Fact 3:  There are more microplastics in the ocean than there are stars in the Milky Way.  Remember, plastics do not decompose, instead they break down further and further into tiny plastic particles – AKA microplastics.  Microplastics cause all sorts of problems for aquatic wildlife:

Fact 4:  Rivers are the primary channels that bring plastic waste to the oceans.

Fact 5:  In 2019, 1,080,358 people participated in litter pickups, resulting in 10,584 tonnes of plastic waste removed – this equates to 9.8kg per person.  How inspiring!  This proves that every little bit truly does count, Earth Rangers!  Although the plastic problem seems very daunting at times, don’t lose hope, we can all still play a part by joining initiatives like Plastic Free July®, a global movement that helps millions of people be part of the solution to plastic pollution. You can also do your part by accepting the More Plastic More Problems Mission today! 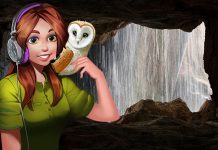 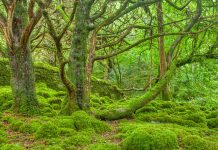 Enter the Food Waste Warrior Cooking Contest and you could WIN!