Details: With the help of kids just like you, Earth Rangers, The Nature Conservancy of Canada (NCC) and researcher Josh Sayers and his team protected the American badger. The donations raised for this Bring Back the Wild™ project helped to:

A message from researcher Josh Sayers

Badgers are one of the rarest and most elusive mammals in Ontario so it’s no surprise that studying them is very challenging. We use special radio transmitters to track where badgers are moving to and what they are doing. It’s going to be really exciting to continue tracking them throughout the year to see what else we can learn about them, so that we can make sure we keep our Ontario badgers safe.

Check out the latest updates about American badgers!

The American badger is a flat-bodied member of the weasel family, with stocky, powerful legs and a coat of grey fur. From the tip of their nose to the end of their stubby tails, these badgers can measure up to 80cm in length. Males are typically a bit bigger than females, and badgers from the Northern part of their range are larger than those in the Southern areas as an adaptation to cooler temperatures further north. Their faces are marked with black patches of fur on their cheeks and muzzles, with a bright white stripe running between their eyes, down their necks and past their shoulders.

American badgers are not known for being elegant. Badgers tend to waddle when they walk,but they are incredibly talented at digging. Their front paws are armed with sharp, tough claws that can grow to 5cm long. These paws are attached to strong legs, which help the badger tear through soil and break down much tougher material as well. Some people even tell stories of badgers digging their way through concrete!

The American badger lives throughout the Great Plains of North America, from Mexico all the way up to southern Canada. They live in open, grassy habitats but can also be found in open-canopy forests, where grass covers the ground. These habitats usually have the friable soil that badgers love. This type of soil crumbles easily and allows the badgers to dig long tunnels and dens underground quickly.

Badgers maintain several burrows throughout their home range, with a network of about 10m of tunnels found up to 3m underground. They use these burrows or dens for sleeping, raising young and storing food. American badgers move between their different homes, sometimes picking a different burrow on different days. During the winter, they rest in their burrows for up to 29 hours at a time, allowing their body temperature to drop and their heartbeat to slow to about half its normal rate. This extended period of inactivity is known as ‘torpor’. Torpor is like temporary hibernation from which, the badger wakes up periodically. Badgers enter a state of torpor to help save energy to survive the colder winter months.

Although badgers are mostly solitary animals, they aren’t particularly protective of their territories. Badger home ranges can be anywhere from 2 to 70 km2 in size so that they can find enough food to eat, and they often wander into the home ranges of other badgers. Overlapping home ranges are especially common in places where their preferred hunting areas are highly patchy or fragmented.

Badgers have an interesting role in their ecosystem. Not only do they help to control rodent and insect populations, they can also help plant life by aerating the soil by digging and sifting through the dirt. This behaviour loosens the soil, making it easier for plant roots to spread and allowing more rainwater to absorb into the ground where plants can make better use of it. For the most part, the American badger is nocturnal, although they are sometimes active during the day.

Badgers have also been known to team up with coyotes to hunt! These two predators both go after similar prey, but catch them in different ways. Coyotes are swift and agile, and can easily catch rodents above ground, while badgers will break though dens to seize rodents hiding underground. Coyotes will follow badgers around, watching carefully as the badgers dig furiously through rodent dens, and will pounce quickly on any creature that slips past the badger. The badgers may also benefit from the coyotes chasing prey underground. This behaviour involving two different species “working together” is known as a ‘mutualistic relationship’ in ecology (or mutualism). Badgers and coyotes make effective teammates and increase the likelihood that they will catch something to eat.

Badgers are not frequently preyed upon by other animals once they’re fully grown. Wolves or occasionally large birds of prey will catch them, but badgers are incredibly tough to hunt. Going after badgers is usually not worth the effort.

The American badger is a carnivore that is well adapted to catching small burrowing mammals. They do most of their hunting at night. Depending on where they live, a badger’s menu may include ground squirrels, marmots, pocket gophers, moles, shrews, mice and rats. They have also been known to hunt ground nesting birds like burrowing owls, as well as lizards, amphibians, insects and even rattlesnakes! Badgers have a well-rounded sense of sight, smell and hearing, but when burrowing for prey underground they rely on their noses to guide them to the right places. Their long claws and powerful limbs help them dig after prey with remarkable speed despite their large size.
Badgers are nothing if not clever, and have quite a few tricks they use to increase the success of their hunt. Some badgers have been known to scoop out the burrow of their intended prey, plugging up all entrances except one, and then digging down through the only opening to make escape nearly impossible. Sometimes badgers will hide themselves underground in shallow holes near the entrance to the burrows and pounce on prey as it exits the den.

While most of their prey is eaten the same night it is caught, sometimes badgers save up their catch to eat later. This behaviour, known as ‘caching’, is usually done in the fall to help the badgers gain weight for the winter . The prey is buried near the ground surface or hidden inside burrows, and usually retrieved and eaten within a couple of months.

Reproduction in badgers is really interesting! During the breeding season (late summer and early fall), American badgers will expand the size of their home ranges. When looking for a mate, male badgers become more adventurous and wander into home ranges belonging to female badgers. Once a female mates with a male, the embryo (small group of cells that develops from a fertilized egg) goes dormant and stops developing into a baby badger inside the female until sometime between December and February. This process of temporarily stopping full development of the embryo is called ‘delayed implantation’ or ‘embryonic diapause’. Scientists think female badgers do this so that their young are born in the spring when it is warmer and more food is available to feed them rather than during the winter.

When pregnant (ie once embryos continue to develop inside the uterus), female badgers will prepare a special den lined with grass to act as a nursery. Kits are born from late March to early April. Usually, the female badger will have three kits at one time, but some have been recorded as having up to five per litter. These newborn badgers are virtually helpless. Their fur coats are very thin and their eyes will not open for another four to six weeks. The kits are nursed by their mother for two to three months, and will slowly be introduced to solid food. The young can be seen exploring the area outside the den when they are as young as five weeks old, but they do not venture off to live on their own until they are about six months old.

On a global scale, the American badger is considered a species of least concern, partly because the species is expanding its range in some areas of the United States. However, the two subspecies found in Ontario (Taxideataxusjacksoni) and British Columbia (Taxideataxusjeffersonii)are considered endangered, where there are fewer than 200 and 600, respectively.
The biggest threat facing these Canadian populations is habitat loss. In both provinces, much of the badgers’ habitat is being used for intensive agriculture or development. This land use means that open fields of native wildflowers and grasses that badgers and their prey depend on to survive are being cleared and replanted with crops for human use. While badgers may sometimes find ways to survive in farm fields, they are often seen as pests and may be poisoned, shot or trapped when found. As people continue to develop land and build houses, more traffic will infiltrate farms and towns in areas where badgers live. These busy roadways divide up a badger’s habitat and sometimes even their home range, leaving populations isolated, limiting their ability to hunt safely and more susceptible to being hit by cars and trucks. Recent research shows that in areas where poisons such as rodenticides are used, badger abundance is twice as low compared with areas where these poisons are not used.

Luckily, there are organizations working to protect the badgers that still live in Ontario and British Columbia. In some areas, farmers and landowners are being asked by conservation groups to consider letting parts of their land return to natural states, and even help by planting native plant species to rebuild badger habitat. By encouraging people to rebuild grassland habitats, these organizations are hoping to restore habitats for American badgers and many other species at risk. 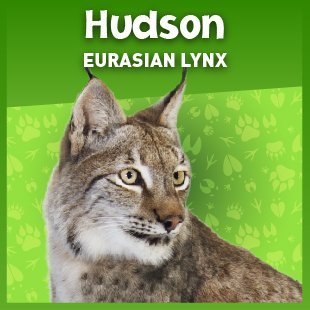 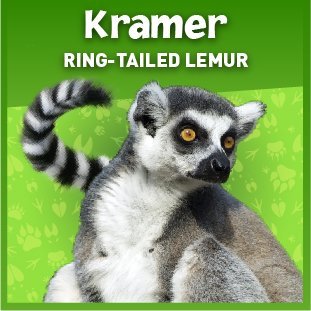