The great horned owl is pretty epic. Did you know it’s sometimes called “the tiger of the air” for its incredible hunting skills?! From their tall ear tufts to their distinctive deep hooo, this is one beautiful bird!

The great horned owl makes its home across North America, living in a variety of different habitats like forests, wetlands, and even deserts! No matter where they live, great horned owls try to scope out nesting sites on the edge of open spaces, where they can easily spot their prey (mostly rabbits and small rodents) as they hunt silently from above. Like other owls this hunting takes place mostly at night, and thanks to some super cool adaptations, finding food in the dark is no problem for the great horned owl. Their disc-shaped face feathers act as a sort of speaker for sounds, picking up even quiet noises and directing them to their ears. Their amazing sense of sight is thanks to their proportionally large cylindrical eyes, shaped like a camera lens to really help them zoom in on tiny prey. And their ability to see in nightvision doesn’t hurt either!

They might be known for their ability to make their homes in a wide range of different ecosystems, but sadly their habitat is disappearing. That’s why it’s so important we conserve and restore the natural spaces where they’re found, like southern Ontario’s Lathrop Nature Preserve – and that’s where you come in!

Earth Rangers is working with the Nature Conservancy of Canada (NCC) on a project that will help rebuild and replant this important habitat. The Lathrop Nature Preserve is over 100 years old and besides being home to awesome animals like the great horned owl, did you know it’s also home to a wetland that helps fight climate change?! Not only do wetlands help remove carbon dioxide from the atmosphere, they also help us deal with the effects of climate change by preventing extreme weather events like floods and droughts. Pretty cool right? Do your part to help protect this important natural space by adopting a great horned owl today! 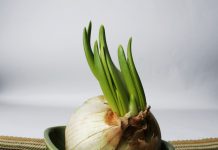 5 fun ways to farm from home

Time to band together for badgers! 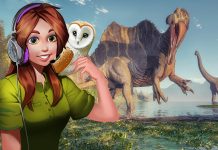 Podcast: Animals we thought were lost