The eastern milksnake is a non-venomous snake with smooth, shiny scales and a colourful “saddle” pattern along their backs. Eastern milksnakes can be found throughout southern Ontario, as far north as Sault Ste. Marie and Lake Nipissing, and are known to inhabit a wide variety of both natural and human-modified habitats. Since females usually only lay eggs once every two years, eastern milksnakes are especially vulnerable to population declines because it takes them a long time to recover.

Kids who sign up to be Earth Rangers do so because they care about animals and the environment. Your adoption will help support work led by the Toronto and Region Conservation Authority to restore and create new wildlife habitats in the Meadoway, a beautiful expanse of greenspace and meadowlands that will become one of Canada’s largest urban parks. Meadow habitats have been in decline in Ontario as urban and agricultural areas grow, so the Meadoway will serve as year-round habitat for hundreds of species, including the amazing eastern milksnake!

The beautiful light and dark markings of the eastern milksnake aren’t just for show! In fact, their colours really help them to blend into their natural habitats. The eastern milksnake’s strong camouflage protects them from predators like coyotes, foxes, raccoons, skunks and birds of prey. Their camouflage also helps them to keep hidden from their own prey like fish, frogs, lizards, snakes, birds and rodents, allowing them to sneak attack for a snack! The colours of an eastern milksnake are super important for their survival.

Fancy yourself a snake species scholar? Test your slithering knowledge with this quiz and get a bonus code for the free Earth Rangers App if you get a high score! 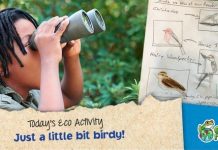 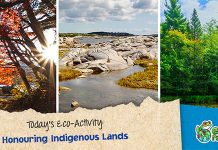 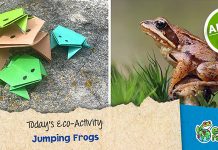 Eco-Activity: Call of the Wild