What’s all the fuss about? Snakes are sssssuper important in balancing out ecosystems all over the world! They often sit somewhere in the middle of local food chains, taking roles as both predator and prey. Plus, they help keep pest populations down by feeding on small rodents that can damage crops and carry disease. Don’t worry, the ssssnake ssssnack we have in mind is quite different than what’s on their menu! Breadssssticks anyone?

Snap a photo of your completed activity and share it with us, tagging one of our official social media pages along with the hashtag #SummerEcoActivity for your chance to WIN an Earth Rangers mystery prize pack! Make sure you also like and share the official contest launch post and follow Earth Rangers to complete your entry!*

Hungry to help Canadian snake populations and other awesome animals who share their habitat? For a limited time, digital Eastern Milksnake Wildlife Adoptionssss Packagessss are 20% off!

Adopt an Eastern Milksnake in the Earth Rangers App to help support the Meadoway Project! Since females usually only lay eggs once every two years, eastern milksnakes are especially vulnerable to population declines because it takes them a long time to recover. Read this article on the Wild Wire to learn more about the Meadoway and how protecting this year-round habitat will help hundreds of species! 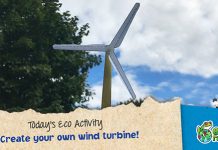 Eco-Activity #: Create your own wind turbine! 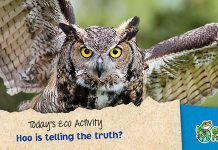 Eco-Activity #162: Hoo is telling the truth? 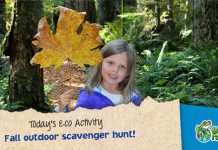 Eco-Activity #: Create your own wind turbine!

Eco-Activity #162: Hoo is telling the truth?

Eco-Activity #160: Learn how animals express themselves!

Eco Activity #158: Make a recipe with only local ingredients!

Eco-Activity #157: Make your own back to school time capsule!

Eco-Activity #155: Make your own Solar S’mores!

Eco-Activity #154: Create an eco-friendly map to get to school!

Eco-Activity #153: Become a Wildlife Photographer for the day!

Eco-Activity #149: Learn How To Identify a Tree’s Age!

Eco-Activity #148: Make Your Own Badger Mask!

Eco-Activity #145: Get Your Snowflake On!

Eco-Activity #144: She Sells Seashells by the Sea Shore!

Eco-Activity #143: Learn all about Lynx!

Eco-Activity #142: WIN with Christmas in July!

Eco-Activity #139: Keeping it eco at the beach