Welcome back, Stemologists! So far, we’ve learned how STEM can be used to clean up the ocean, and what makes a smart device so smart! This time, we’re taking a look at how STEM is being used to help an endangered species in South Africa: rhinos! 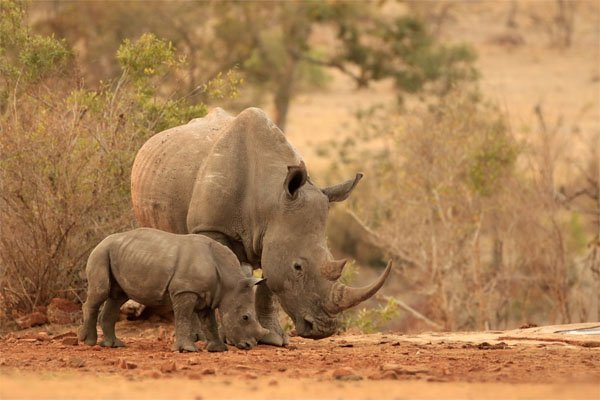 Did you know that almost 80% of all rhinos live in South Africa? It may sound like the country is overrun with these impressive beasts, but there aren’t nearly as many as you might think. That’s because the giant horn on their head makes them a big target for poachers.

Poaching is the illegal hunting or capturing of wild animals. It’s a huge threat for many species around the world, including rhinos. On average, three rhinos are killed a day due to poaching, and it’s really taking its toll on their population. If it keeps up, rhinos could become extinct in less than ten years.

We definitely do NOT want to live in a world without rhinos, do you? Thankfully, technology (the T in STEM) is here to help!

Technology to the Rescue!

Picture this: you’re visiting South Africa’s Welgevonden Game Reserve, home to many different types of wildlife including most of the world’s remaining rhinos. The scenery is beautiful and – hey, is that antelope wearing a necklace? Not exactly! It’s a tracking device.

Zebras and antelopes, like impalas, elands and wildebeests, are sentinel species. A sentinel is someone who keeps guard, and that’s what these animals help to do for the rhinos. The rangers at the park put tracking device collars on these sentinel species and can watch how they move to figure out if poachers are nearby. 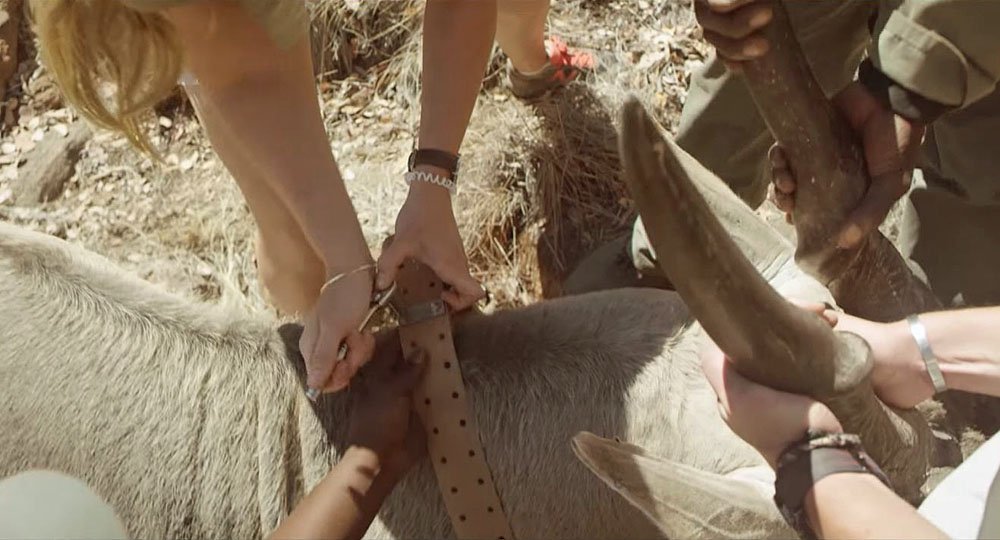 Here’s how it works

Sentinel species react differently to different disturbances, including poachers. Whenever the sentinel species move, the tracking collar detects a change in behaviour. The data from the collar lives in the cloud and is analyzed by special technology that determines whether the animals’ behaviour fits the movement pattern, speed, and direction that’s normally associated with a poacher sighting. If it does, it can alert the rangers that a poacher is in the area, all in real time! The rangers can then spring into action and stop the poacher long before any rhino is hurt.

And, in case you were wondering why rhinos aren’t tracked directly: tracking rhinos would potentially allow poachers to discover their exact location. That’s information we do NOT want to share.

The Impressive Internet of Things

Remember the Internet of Things we talked about before? Well, this is just one of the ways it’s being used to help animals. If we can use this technology to save rhinos, why not elephants or any other endangered species targeted by poachers? The answer is: we can. Technology like this is so powerful that its application for doing good is almost limitless.

The future is full of opportunities for smart STEMologists like you to harness the power of technology to make the world a better, safer place for all species!

How would you use STEM technology to help animals? Let us know in the comments below!

Series in collaboration with:

IBM and the IBM logo are trademarks of International Business Machines Corp., registered in many jurisdictions worldwide. 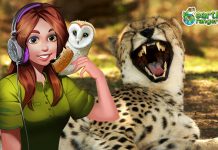