Start your Bring Back the Wild campaign today

Details: Through the help of kids just like you, Earth Rangers and the Vancouver Aquarium are protecting the Oregon spotted frog. The donations raised for this Bring Back the Wild™ project are helping to:

A message from the Vancouver Aquarium…

Earth Rangers and the Vancouver Aquarium are teaming up to help the most endangered amphibian in Canada. As part of that effort, we’re working together to restore an old wetland site where we can reintroduce this treasured animal, born and bred in human care, back into the wild.

Check out the latest updates about the Oregon spotted frog!

Although not as flashy in colour as some South American tree frogs, the Oregon spotted frog is a rare treat to spot in the wild. Growing to only about 10cm, these frogs are amazing creatures. Young Oregon spotted frogs have olive green/brown bodies. As Oregon spotted frogs get older, however, their bodies change colour from olive green/brown to reddish brown. Their backs are covered in black spots with light brown centres, and they have a red or orange stripe running along both sides. Their bellies and upper thighs havered, orange or yellowish patches, and their jaws are highlighted with a thin, light coloured stripe.

The Oregon spotted frog is perfectly suited for life in the water. They have webbed feet for speedy swimming, and dome-shaped upturned eyes that help them see all around them. Since their eyes are on top of their head, they can even see above the water when their whole body is submerged.

Like most amphibians, frogs are used by scientists as indicator species. Indicator species are organisms that are especially sensitive to changes in their surrounding environment, and any significant decline in their population could be an indication that something is wrong with the habitat. Frogs make good indicator species because their skin is permeable and they practice cutaneous respiration, meaning they breathe and drink through their skin. Since frogs take in water and air through their skin they will absorb toxic chemicals present in the water, making them much more sensitive to pollutants than many other kinds of animals. If frog populations are declining in an area there is a good chance that the aquatic habitat is becoming polluted from chemicals.

The Oregon spotted frog likes it best where it’s wet. They prefer wetlands with plenty of plants that are surrounded by  permanent bodies of water, like lakes and marshes, especially warm shallow ponds. During breeding they move to areas within the wetland (called microhabitats) where there are fewer plants. If you spot one of these frogs, make sure you keep quiet because you wouldn’t want to spook them. When disturbed, these frogs will quickly dive to the bottom of the pond and stay underwater for a long time. They also choose areas with lots of hiding places, like corners of ponds thick with algae and plants for cover. In dry periods the frogs will move to deeper areas of water. While those are their favourite retreats, these frogs will also seek cover under decaying leaves or other vegetation. When it gets cold in the winter, Oregon spotted frogs hibernate by burying themselves about 18 cm underground at the base of dense groups of aquatic vegetation.

Oregon spotted frogs spend most of their time in water, but they do venture on to land from time to time. When they do go on land they don’t stay very long and they make sure to never stray too far from the water. They will sometimes leave water when looking for food, to seek out a mate, or travel if they can’t reach other ponds using streams or other waterways.  Their dependence on these small connecting streams makes them very sensitive to their homes being divided up by development (e.g., roads). When this habitat fragmentation occurs, Oregon spotted frog populations may become isolated from other populations if the waterways connecting ponds have been disrupted.

Since these frogs are so reclusive and difficult to spot, scientists are still studying exactly what role they play in their ecosystems. However, every species is connected to its environment, so we know these frogs play an important part. Tadpoles help prevent shallow water bodies from becoming overrun by algae. By eating decomposing plant vegetation, tadpoles also play a role in the decomposition of organic matter. Adult Oregon spotted frogs prey on insects, helping to maintain balance in insect populations. Oregon spotted frogs are also a bioindicator species, which means that their health tells us a lot about what is going on in the aquatic environments that they live in.

Amphibians produce a sticky liquid substance that coats their skin(secretions) to help keep the skin from drying out. Scientists recently discovered that Oregon spotted frogs have special proteins in their skin secretions that reduce the negative impacts of some fungal diseases. This defense may help protect this species from the chytridiomycosis fungus that is killing a lot of other amphibians, but more work is needed to better understand this aspect of Oregon spotted frog ecology.

Like all frogs, the Oregon spotted frog is a carnivore. Being on the small side, these frogs will eat smaller invertebrates in their habitat, including beetles, spiders, flies, ants and water striders. As tadpoles they will munch on algae, decaying vegetation and detritus.

If you ever have a chance to watch an Oregon spotted frog eating, you will notice their eyes bulging up and down as they gulp down their food. “Why” you might ask? These frogs actually use their eyes to swallow! They retract their eyes into their skulls and use their eyeballs to help push food down into their throats! How cool is that??!!

Following hibernation, Oregon spotted frogs become active very early in the spring and quickly turn their attention to the business of mating. Male frogs will travel to their preferred breeding sites, shallow ponds with very still water, and gather together in large groups during the day to call out and let females know they’re ready. This behaviour is called a frog chorus. Breeding areas are typically about 50% smaller than the overall habitat area Oregon spotted frogs occupy for the rest of the year. Each female lays a single mass of eggs in the water, which males then fertilize. This is called external fertilization. Egg masses can easily contain six to seven hundred eggs, and it is common to find groups of many Oregon spotted frog egg masses from different females in a small area of a wetland! Once fertilized by males, the embryos develop and in two to four weeks will hatch into swimming aquatic larvae we know as tadpoles. The embryos prefer certain water conditions during development. In as few as four months the tadpoles will undergo metamorphosis and transform into tiny, 3cm long froglets. Egg masses and tadpoles are very vulnerable to freezing and drying out (dessication); in years where the weather is unpredictable, many don’t survive. It takes Oregon spotted frogs up to three years to reach sexual maturity and six years to reach adulthood.

The Oregon spotted frog is the most endangered amphibian in Canada. Early in the 20th Century they numbered in the hundreds of thousands but their population has dropped so dramatically that, currently, there are no more than about400 individuals left in the wild in Canada. They have disappeared from as much as 90% of their historic range. Their population is gone from California and they are onlyfound in three wetlands in British Columbia.Oregon spotted frogs areendangered in Washington and vulnerable in Oregon. The number of Oregon spotted frogs in the wild is at a critically low level.

In British Columbia, there are a number of threats to the Oregon spotted frog. Invasive animals, like American bullfrogs and fish, eat their food and young as well as dominate their habitat. American bullfrogs are a big amphibian bully. These amphibians are the largest species of frog in North America and have invaded many regions of Canada. Until recently, bullfrogs were not found in British Columbia because the Rocky Mountains made it impossible for them to enter into the ecosystem on their own. All that changed, however, when people started to carry bullfrogs over the mountains to introduce them to the pond in their backyard or to keep on farms for restaurants serving frogs’ legs. These ‘road trips’ through the mountains have introduced this invasive species into Oregon spotted frog habitat. Bullfrogs are big and they prey on smaller, native amphibians like Oregon spotted frogs. Presence of introduced bullfrogs in an ecosystem almost always contributes to the decline of native frog populations.

Noticing the frog’s dramatic decline, a group of organizations, including the Vancouver Aquarium, got together and started the Oregon Spotted Frog Recovery Program. To help protect the frogs and boost their number in the wild, they created a breeding program.  In 2011, nearly 3,000 tadpoles and young frogs were released into natural habitats. In addition, the Oregon Spotted Frog Recovery Program helps to monitor, manage and restore habitat to make sure these frogs have safe, healthy places to live. Along with our help, programs like these may one day bring the Oregon spotted frog back from the brink of extinction. 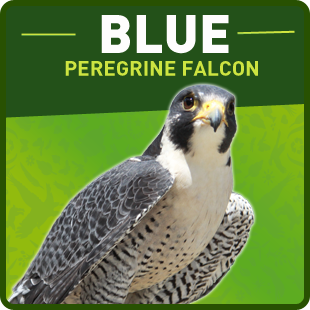