Veterinary students volunteering with the Global Vets program have stopped by the Wild Wire to guest blog about their adventure helping animals in Guatemala.

We are four student veterinarians from Ontario Veterinary College in Guelph, Ontario, participating in a program called Global Vets. Our names are (from left to right) Sabrina, Michelle, Terri, and Mike. We are currently in Guatemala doing veterinary volunteer work, and have finally arrived at our first destination ARCAS!

ARCAS is a rescue and rehabilitation center for wildlife animals in Guatemala. Many animals at the center are rescued from animal trafficking (where humans try to sell exotic animals as pets). These animals are meant to be in the wild and they need to be rehabilitated to learn how to survive in the wild again. There are 564 animals here, 396 birds, 151 mammals, and 17 reptiles. The species range from small animals such as parrots, snakes and monkeys to large cats like jaguars and ocelots.

Waking up with a HOOOOWL

Every day at dawn we are able to hear the resonating howls, grunts, and barks from the howler monkeys. Their sounds can be heard from up to 5 km away and wake us up every morning! They howl during any disturbances like rain, but also to keep track of each other and establish a territory. There is a wild troop of howlers that like to spend time close by, some of which have been rehabilitated and released from ARCAS. One of our cases is a baby howler who was attacked in the wild and injured her leg. To help this baby howler monkey heal we change her bandage and give her medicine, injections, antibiotic cream and sugar. We also feed her fresh fruit, which always brightens her day, her absolute favourite is pineapple, which she grabs out of the bowl first and chews very loudly. Some threats to howler monkeys are deforestation and hunting. We are hoping that our baby howler will make a successful recovery and be released with her own troop to establish herself into the wild again.

This is a Keel Billed toucan. Although his beak looks very large, it is actually made of plates, which makes it quite light. His legs and feet are fairly strong, and he uses them for grasping. Toucans enjoy eating fruits (like bananas, papaya, and cantaloupe), but they also eat small vertebrates, including nestling birds. Their habitat is humid evergreen forest, which we happen to be in the middle of. They tend to fly high with rapid flaps of their wings and then glide down. They have a low throaty frog like sound, which they repeat. Michelle is currently taking care of this toucan, and she enjoys bringing him his birdbath every day at lunch… he doesn’t hesitate to splash her with his big beak!

Macaws are a type of parrot with large red, blue and yellow feathers, they are found in South America and some parts of Central America. In the wild, they usually live to be 40 to 50 years old. They eat nuts, fruits and seeds, here at ARCAS, we feed them bananas, corn and wild berries. Macaws are often seen on their own, unless they have found a partner, who they will mate with for life. They will have 2 or 3 eggs at a time and after 5 weeks the baby macaw will hatch. After about 90 days macaws learn how to fly and after a year they leave their parents to go off on their own.

Destruction of the rain forest and capture for sale in the pet trade are major threats to their population. Many of the macaws that live at ARCAS were rescued from the pet trade. These macaws come to live at ARCAS because they cannot be released, either due to injury or because they never learned how to properly live in the wild.

ARCAS designs the macaw’s home to be as much like their wild habitat as possible. They do this by having tons of branches for the macaws to perch on and even attaching some branches to wires so that they swing when a bird lands on them. These hanging branches simulate the movement of trees in nature from things like wind or other animals landing on the same branch. 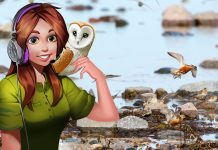 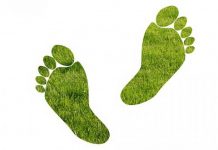 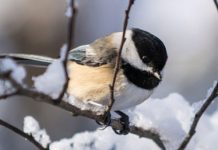 Your next Mission is just around the corner!

Enter the Food Waste Warrior Cooking Contest and you could WIN!