Riding Mountain National Park is located in Manitoba, Canada and it was designated as a national park in 1929. The park is home to a lot of different kinds of animals like, beavers, river otters, wolves, moose, elk, black bears and hundreds of bird species! Way back in the early 1900’s, river otters had completely disappeared from this area. To explain how this happened, we’re going to have to take a little bit of a journey even further into history, like a few hundred years more!

As far back as the 1700’s, before Canada was even a country (that didn’t happen until 1867) the search for furs from animals like beavers brought many explorers to our continent. The fur trade era is an important part of Canada’s history. It opened up our continent to exploration, settlement and played a big role in the creation of what is now known as Canada!

Although river otters were hunted for their rich fur, a lot of the demand was for beaver fur that was used to make felt hats.  This was quite the fashion trend in Europe back in the 18th and 19th century. A place to trade these furs known as a trading post was first established on Lake Dauphin north of what is now known as Riding Mountain National Park by the Hudson Bay Company in 1741.

Otters being very curious and playful animals were not only easy to capture, but often they were accidently caught in traps intended for beavers around Riding Mountain National Park. As a result, the population of river otters continued to decline and by the early 1900’s, river otters could no longer be found in this area!

Today, there is less demand for fur so that means less animals are being trapped. With less trapping, sightings of river otters in the park seem to be on the rise!

As you’ll see in the video, these aquatic mammals seem to always be playing. They’re ever so graceful in the water, showing off their acrobatic moves while sliding, gliding, twisting and rolling. Even on land, they travel best by taking a few steps and then a sliding leap before taking a few steps again.

If you live near RMNP or you’re ever in the area visiting, you should try hiking or camping near one of the park’s many wetlands, lakes and stream, and if you’re lucky you might even spot a river otter! 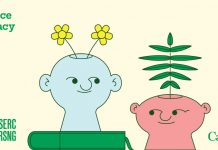 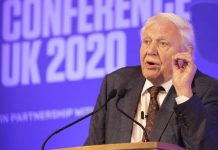