How we helped Peregrine Falcons

Details: Peregrine Falcons are facing serious threats like habitat loss and deadly collisions with buildings. Through the help of kids just like you, Earth Rangers, The Nature Conservancy of Canada and FLAP Canada teamed up to protect Peregrine Falcons. The donations raised for this Bring Back the Wild project helped to:

The word ‘Peregrine’ comes from the Latin peregrinus, which means “wanderer”. This name suits the Peregrine falcon because they have one of the longest migration routes of any North American bird. Peregrines that nest in the harsh Arctic tundra will migrate all the way to South America for the worst part of the winter. That’s a round trip of 25,000km,which is like traveling across Canada five times!

Peregrine falcons are about the same size as a large crow and are one of the largest members of the Falcon family. They are the fastest birds in the world. When cruising, they can easily reach speeds of 40-50km/hr. Once they spot their prey, they dive towards it at speeds close to 320 km/hr.

To reach and maintain such incredible speeds, the Peregrine falcon has a number of special adaptations. Their wings are long and pointed, and they have long flight feathers that are stiff and rigged with sharp outer edges. These characteristics enable Peregrines to slice through the air and accelerate during their downward dive. Peregrine falcons also have little bony cones that stick out from their nostrils called tubercles, which slow the air rushing over their beaks and let them breathe normally while plummeting through the air. Peregrine falcons also have a clear third eyelid that acts like goggles, keeping their eyes clean, moist and focused while diving so fast. The Peregrine falcon is such an amazing flyer that aeronautical engineers have used some of their flying features to inspire designs of high-speed aircrafts.

The Peregrine falcon is a cosmopolitan species, meaning that populations of these birds can be found almost anywhere on Earth. In fact, there are only two places worldwide where you won’t find them: Antarctica and New Zealand, making Peregrine falcons the most widespread raptor!

Since they are found over such a wide global range, what they look for in a habitat is pretty diverse. They generally prefer cliff edges when nesting. They do most of their hunting in wide-open areas like shorelines, river valleys, marshes, grasslands and the tundra.

In addition to natural spaces, Peregrines are becoming increasingly common in environments where humans live. These areas include farmland and urban areas, where they can establish nesting sites on top of tall buildings, ledges or bridges and hunt for prey in city parks, harbours or in downtown cores.

Peregrine falcons are generally thought of as apex predators. Some larger birds like Great horned owls, Gyrfalcons and Golden eagles will prey on them, but once a Peregrine falcon has reached adulthood they have few natural predators. Since they are on the top of the food chain they play an important role in helping to control populations of the smaller birds that they hunt, including pigeons, doves, ptarmigan and ducks. By catching and eating the unhealthy or weak birds from flocks of these smaller avian species, Peregrine falcons help ensure that each surviving generation of these birds becomes stronger and healthier in their environment, a process known as ‘natural selection’.

As with most members of the raptor family, Peregrine falcons are skilled hunters. They have keen eyesight, strong talons and a sharp, hooked beak that they use to tear up their food. They have been known to prey on as many as 450 different bird species in North America and an estimated 2,000 species worldwide, nearly one fifth of all bird species in the world! Peregrine falcons feed mostly on birds, but they will also eat small mammals such as mice, voles and bats.

Some Peregrine falcons living in cities have learned to use artificial light to hunt migratory birds at night. Waiting on top of high buildings, Peregrine falcons will watch for the silhouettes of birds passing below. Using shadows from the tall structures to shield them from sight, the Peregrine will then sneak up on their prey undetected. For the most part, people welcome these birds in cities because they prey on birds people consider to be pests, like pigeons and invasive European starlings.

Peregrines usually mate for life and will return to the same nesting sites year after year. They typically choose sites on south-facing ledges that are high enough to protect their eggs and nestlings from predators. They lay their eggs in scrapes, nests made by digging a shallow groove into the ground using their feet. Peregrine falcons living in urban areas will also nest on tall buildings, transmission towers, bridges and silos.

Females lay three to five eggs after which both parents go on extra high alert to protect their nest. Not only do they have to watch out for other Peregrine falcons, but also birds like eagles, owls, gulls, crows or ravens that will prey on their eggs or young. In some areas mammals like foxes, bears or cats may also be a threat to the eggs. Peregrine falcons will fearlessly protect their nests and have been known to fight off and even kill birds as large as Golden eagles while defending their young.

Nestlings hatch after about 30 days and are completely helpless until they fledge (leave the nest and are able to fly). Nestlings that depend on their parents to feed and take care of them for the first several weeks of life are known as ‘altricial’. Peregrine falcon nestlings usually fledge after about 40 days, but even after they can fly the fledglings will continue to rely on their parents for food and protection for another two months.

Since they are apex predators, Peregrine falcons are particularly sensitive to chemicals like pesticides due to a process called bioaccumulation. Bioaccumulation happens when a substance builds up in an animal’s body. For example, in the 1950s, a pesticide called DDT was used on plants throughout North America. Small birds (lower down in the food chain) ate DDT-covered seeds and became sick. Since Peregrine falcons hunt smaller birds they often ended up eating many of the birds carrying DDT in their systems. Those same chemicals began to accumulate in the Peregrine falcons’ bodies and limited their ability to make strong eggs. The shells were so thin the eggs would break when the mother tried to incubate them in the nest. During this time, Peregrine falcons almost completely disappeared from the Eastern part of their range. Luckily, the use of DDT was banned in the United States in 1972 and in other parts of North America soon after. Thanks to captive breeding programs and nest restoration, the Peregrine falcon has come back from the brink of extinction.

Although the Peregrine falcons’ numbers have largely recovered, in Canada they are still considered a species of special concern. Pollution continues to threaten reproduction. Scientists recently found flame retardant chemicals in Peregrine eggs. In some areas as many as 30% of breeding pairs do not raise any young successfully. Peregrines are an example of a species that has made a great comeback, but could become threatened or endangered again if we don’t work together to keep our environment healthy. 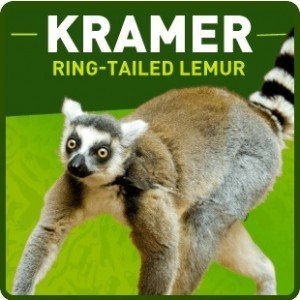 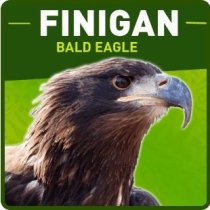