When someone says the word “SHARK” most people think of a massive, grey, toothy, underwater animal; basically they are imagining a Great White. In fact sharks come in all shapes, sizes and even colours! That’s why we’ve made a top ten list with some of the planet’s most amazing sharks, featuring everything from hammerheads to species with horns, saws and even frills.

What makes it unique? Their flat, wide bodies!

These sharks look more like a ray than a member of its own species. They have large flat bodies with big pectoral fins. This shape allows them to hide under mud or sand and wait for prey to come close. When it is the perfect time, these sharks shoot out of their hiding spot and catch their lunch.

Location: Along the Western Coasts of the Americas

Status: Not Yet Evaluated

What makes it unique? The two large spines on their backs!

If a predator attempts to gobble up one of these sharks, it is certainly in for a surprise. As the predator bites down, the spines on the Horn shark’s back will stick into the predator’s mouth and the Horn shark can make its get away.

Location: In most of the world’s oceans

Size: up to 6.1m, making them the largest of the Hammerhead species (20 feet)

What makes it unique? Their heads!

It is easy to spot a Hammerhead because their heads are, well, shaped like a hammer. Their eyes are placed on either side of the hammer which allows them to see a much larger area than other sharks. Once they’ve spotted their prey of choice, stingrays, they use their heads to pin them down so they can’t get away.

Location: Arctic to temperate oceans of the world

What makes it unique? The way they eat!

There are three species of filter feeding sharks (Whale shark, Basking shark, and the Megamouth shark) but Basking sharks are unique among them. Where the other two suck in water and filter to collect their prey, Basking sharks leave their mouths open as they swim, filtering water passively.

Status: Least concern to Near Threatened

What makes it unique? Their snouts!

Their snouts are long and lined with teeth which they use to slash their prey. About half way down their snouts are very sensitive catfish-like whiskers called barbels that Sawsharks use to find prey hiding out on the bottom of the sea floor.

Interesting fact: There is only one other fish that has long blade-like snouts: the saw fish. These two fish look very similar but you can tell the difference because sawsharks have barbels and the saw fish does not.

What makes it unique? Their tails!

These sharks are big! But what makes them so big is the fact that about half of their size is made up by their tail. They use it as a whip to disorient, stun and even kill their prey!

Location: In the Indo-Pacific Ocean

Status: From Least Concern to Near Threatened

What makes it unique? Their appearance and the way they catch their food!

When Wobbegongs lay on the sea floor they look just like seaweed-covered rocks, which comes in handy for catching food. They lay still, waiting for some prey to swim by, then they pounce! Wobbegongs have special gills that allow them to stay still, while other sharks need to move in order to breathe.

Location: Tropical and Subtropical parts of Atlantic and Pacific

Status: Vulnerable in Brazil, Colombia and US waters

What makes it unique? The way they eat!

Nurse sharks spend their days sleeping on the bottom of the sea but when the sun goes down, they go searching for food. Hunting at night allows them to sneak up unsuspecting sea creatures that are fast asleep. Like the Saw shark, they have barbels that they use to feel around on the sea floor to find the prefect snack. Nurse sharks’ can literally suck their prey out of their hiding spots because they can hoover around the floor like a vacuum.

Location: Parts of the Pacific, Indian and Atlantic Oceans but very rare

What makes it unique? Their protruding jaws!

When swimming casually, these sharks look pretty much like any other shark. All that changes when they go to take a bite… their jaw shoots out and they snap up their prey with their long sharp teeth. With their jaws fully extended, they truly look like monsters from the deep.

Location: Found in most of the world’s oceans but it is very rare

What makes it unique? Their bodies!

Frilled sharks have lizard-like features and snake-like bodies. Their gills meet on the underside of their throats so it looks like they have frills. Inside their wide mouths there are over 300 sharp three-pronged teeth. These definitely aren’t sharks you would want taking a bite out of you! 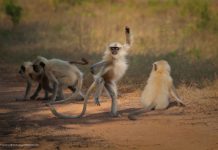 Preparing for the effects of climate change 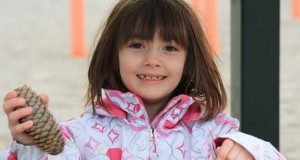