Hey Earth Rangers! The world sure is different right now. A lot of schools are closed, and so are a lot of stores and parks and playgrounds and tons of other fun stuff! You’re probably hearing a lot about “social distancing” and maybe not seeing your friends and family as much as you used to. It’s not easy! Sometimes you might feel like a bear hibernating in a cave.

But there’s good news too. By staying home more, we’re all working together to keep people safe. And we can take this opportunity to discover new things to do, try out new hobbies, and find creative ways to connect with friends (like writing a funny email, having a video chat, or just talking on the phone!).

And since you’re an Earth Ranger, you’re probably also using the opportunity to brush up on your animal knowledge! And who better to look to for some hibernation inspiration than one of the world’s best “social distancers”: the grizzly bear! Let’s check in with one of our Wildlife Adoption species, the grizzles of the Beaver River Watershed in Canada’s Yukon, for a closer look.

You probably already know that bears hibernate—it’s one of the most well-known bear facts there is! Every winter, they cozy up in their caves, emerging fresh as a daisy each spring ready to catch fish and feast on berries to their heart’s content.

But what really goes on in there? Like other grizzlies, the Beaver River bears hibernate for 5-7 months every year. While in their deep slumber, a few different things happen: their body temperature drops by about 10 degrees, their body functions slow down so that they burn energy more slowly, and they only breathe about once every 45 seconds (try it, it’s not easy!). This allows them to live off of the layer of fat they built up during the summer and fall months.

Unless it’s a mother bear with her cubs, these bears hibernate completely alone. It might seem lonely to you but there’s nothing a grizzly loves more than an extra-long, extra quiet nap!

You might think that when the Beaver River bears wake up from hibernation, they’re eager to socialize. But you’d be wrong! For the most part, grizzly bears live alone. Every now and then, they will meet up with other grizzlies outside of mating season and stand next to each other, but not much socialization will occur.

I Need My Space!

Grizzly bears love big, open areas like tundra, alpine meadows and coastlines—the more space they have, the better! For example, the Beaver River bears have home ranges between 200 and up to 1,200 square kilometres! That’s a LOT of space!

Even in the beautiful and remote Beaver River Watershed, the space and solitude of the Beaver River grizzlies are under threat. Developers are looking at building a 65km-long mining road, which will puncture through important wildlife habitat, intersect 73 rivers and streams, and destroy or disturb many hectares of valley bottoms and berry patches that grizzlies call home.

That’s why Earth Rangers has teamed up with Wildlife Conservation Society (WCS) Canada, the Government of Yukon, and the First Nation of Na-Cho Nyäk Dun to support a team of grizzly bear biologists as they work to access the difficult terrain by helicopter and determine grizzly bear population size, habitat use, and distribution. This new data will be used to learn how the road and mining sites will impact the grizzlies’ preferred habitats, and which areas to avoid building on to make sure grizzlies have all the space they need in the future!

YOU can help by adopting a grizzly bear today through our Wildlife Adoptions Program! Learn more here! 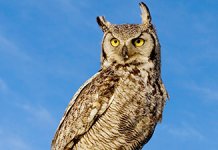 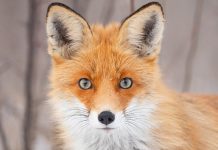 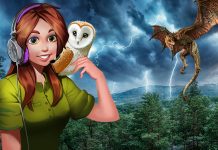 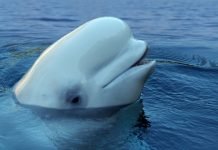 Hairy Plants, Hairy Animals: How Species Survive in the Arctic