Hey Earth Rangers, have you ever thought you lost something, only to have it turn up somewhere unexpected later? Can you believe that this happens to scientists with entire species sometimes? In today’s episode Emma talks about “Lazarus taxon”, animals that disappear from the fossil record for a while, but appear later because they weren’t actually extinct in the first place. She also talks to a real-life dino-expert to see if any dinosaurs survived and live with us today (and the answer might surprise you…)

Click the play button on the player below to listen to today’s episode!

This is the coelacanth – an ancient fish species that was thought to have gone extinct 66 million years ago! But in 1938, one was discovered at a fish market in South Africa, and scientists have discovered that two types of coelacanth still exist today!

Another Lazarus Taxon that was recently discovered is the Black Browed Babbler. A small black, gray and chestnut brown bird species from Indonesia which just came out of hiding this March after 170 years!

How about Dinosaurs? Sure, those are extinct, but what are the chances we might come across a living dinosaur these days? In today’s episode Emma talks to Dr. David Evans from the Royal Ontario Museum to ask him this exact question. David is the dinosaur curator at the ROM, check out Episode 26: Feathers, Fossils and Monster Jaws – Emma’s Night at the Museum for more about dinosaurs.

For our next contest, we are looking for junior wildlife reporters!

If you’ve ever wanted to be a podcast correspondent, here is your chance. You can create your very own animal report! It could be about your all-time favourite animal, with some cool wacky facts that nobody knows about them! Or it can be about some rare animals that most people would never have even heard about. Or cool conservation projects that happen in your neighborhood. You can even make your own quizzes, riddles and games. It is 100% your segment, but we will help you out a bit by adding cool sound effects! Ready? Click on the ‘Leave us a message’ button below!

By submitting a story before August 31st you’ll automatically be entered to the draw for a chance win an amazing Earth Rangers podcast bluetooth speaker!

We want to hear from you! Send us your Wildlife Report and it could be featured on the podcast!

You can send in a voice message by pressing the green button or use the voice recorder on a smart phone and ask your parents to email it to podcast@earthrangers.com

Had you ever heard about Tree Lobsters before today?

What do you think about birds after listening to this episode?

Which extinct animal would you like to see in real life?

Subscribe to the podcast so you don’t miss an episode!

5 fun ways to farm from home 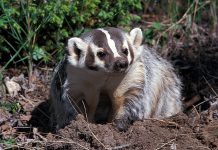 Time to band together for badgers! 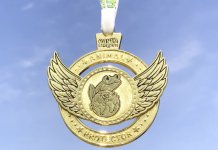 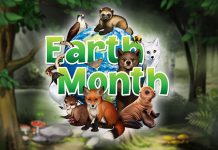 Caption This! What’s This Horse Thinking?