Ecosystems are complicated webs of plants and animals that all rely on each other to survive. Successful ecosystems strike a balance between the species that live within them, but climate change is threatening this balance in a big way. We know that plants and animals have the ability to adapt to gradual changes in their environments, but climate change is happening so quickly that lots of them just can’t keep up. Even the ones that can are causing big changes to the ecosystems they live in, and this is a big problem. 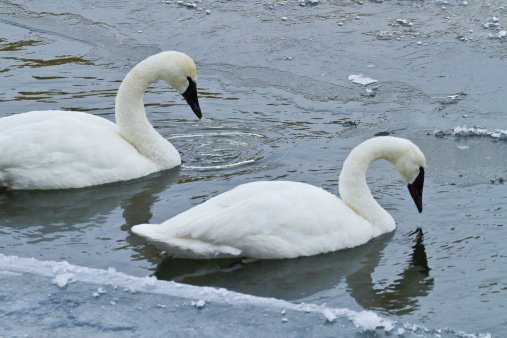 Take the trumpeter swan for example. These migratory birds breed in northern climates, heading south with their young once cooler temperatures hit to avoid the harsh northern winter weather. Their young have to pack on lots of muscle and fat stores to help them on their long migration, and a warmer summer means a longer growing season and more plants for them to eat.

Now it might sound like a happy ending for the trumpeter swan, but the story isn’t quite over. Increasing trumpeter swan populations (and appetites!) are making it harder for the smaller tundra swan that lives in the same region to find enough food to survive, which could lead to declines in their populations if trumpeter swans continue to thrive.

The story is the same for the mountain pine beetle and its habitat, which are both affected by climate change – but in two very different ways. Warmer temperatures are causing pine beetle larvae to mature much more quickly than they usually do – so much quicker that an extra generation of beetles is being born every year! 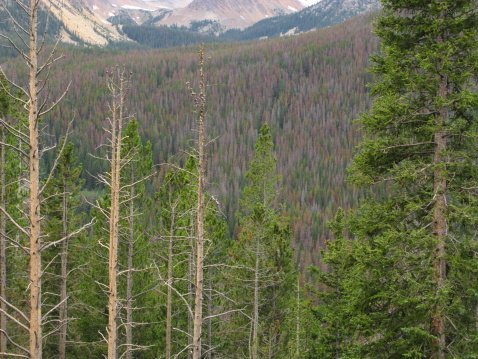 But while this population increase might be good for the beetles, it’s really bad for their habitat and many of the other animals that they share it with. Mountain pine beetles attack pine trees, and since their populations have started increasing, over half of BC’s lodgepole pines have been destroyed. This means that many of the birds and animals that rely on the lodgepole pine will no longer be able to find the food or habitat they need to survive.
These are just two examples that show us how even a small change can have big consequences for an entire ecosystem and that some species find it easier to adapt, leaving other species in trouble. How plants and animals will respond to climate change is really hard to predict, but one way we can help them is by protecting as much of their habitat as possible, to make sure they continue to have a safe and healthy place to live.

Podcast: The Peacock Monkey Situation and other Animal Encounters

Your Next Mission: Flip the Switch