Picture this: you’ve just thrown an awesome party with a few friends and you notice that there’s lots of food leftover. What do you do with it? You might be tempted to throw it away and not think twice about it, but you should. Throwing away food does more harm than you might realize! Not only does it waste resources and money, it also attracts wild animals and they can end up getting really hurt. 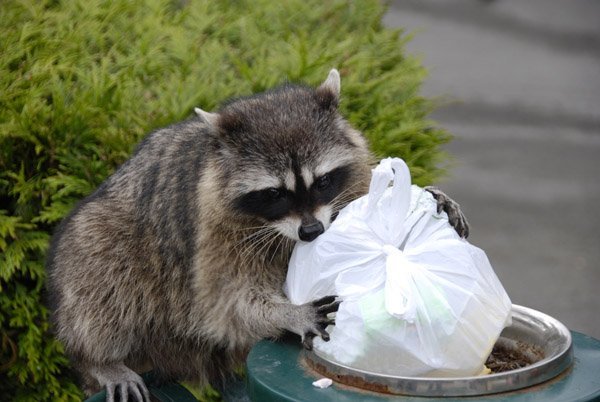 How many times have you woken up to see litter spread across the road because a critter broke into a garbage bag that was put out the night before garbage collection? We’ve seen it many times, and while it’s definitely annoying to clean up, it’s a bigger problem for animals than for you.

Food that ends up in the garbage can go rotten by the time it hits the curb, and animals that eat it can get very sick. If the food is in a container, like a jar or a plastic cup with a lid, it might get stuck on the animal’s head as they try to eat whatever’s inside, causing that animal to starve or suffocate.

Once your garbage is picked up and makes its way to the landfill, it continues to attract wildlife. Animals come from far and wide to snack on the landfill buffet where there’s a higher chance that they might eat the wrong thing. Back in 2001, at least 17 gulls died from eating too much chocolate that ended up in a Vancouver landfill after Valentine’s Day.

Animals that visit landfills might also start to associate garbage with food and wander closer and closer to town in search of garbage bins. Sure, a few more birds overhead might not sound like a big deal, but what if you run into a bear? More often than not, bears and other large animals that get too close to homes are considered a threat and killed. 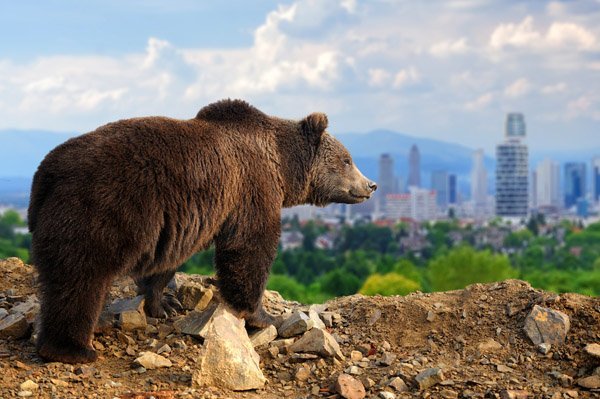 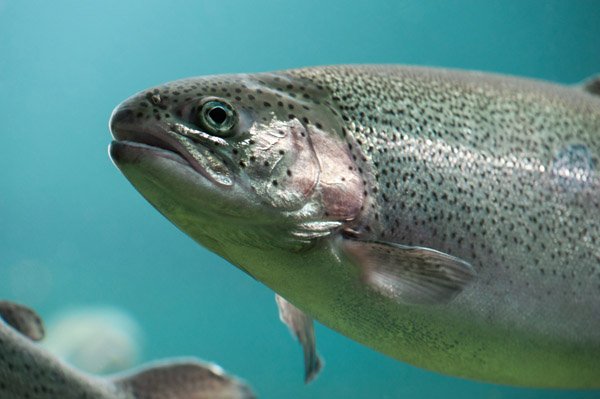 Food in landfills can also have an impact on animal populations in the area. Take the western gulls from Monterey Bay in California for example. With lots of food to eat from nearby landfills, the gull population exploded. There were so many of these fish-eating birds around that it actually started to take its toll on the fish populations. Researchers saw populations of threatened and endangered fish, like steelhead and the coho salmon, drop to very low numbers.

So what can we do?

It’s simple – keep food out of landfills and out of the trash. Help tackle food waste by:
– Only taking as much food as you need and save the rest for later.
– Use the organics bin or composter instead of the garbage.
– Accept the Food Waste Warrior Mission and see if you can go 7 days in a row without throwing away any food.

Don’t forget that commenting on articles helps you level up on your Earth Rangers Journey! You only need 5 comments to reach Level 3 and 15 to reach Level 5. All comments are moderated, so your comment won’t be visible until we’ve had a chance to check that it’s squeaky clean.