We all know the Canada goose. They are instantly recognizable with their white chinstrap and black head and neck, but did you know that they aren’t the only bird that shares its name with our great country? 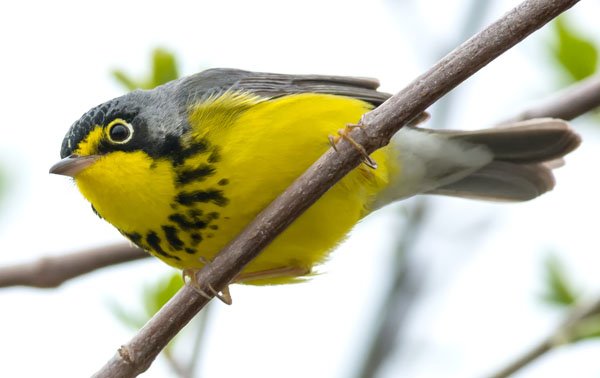 This small yellow and grey songbird weighs just 9-13 grams or about as much as 6 playing cards. They eat mostly insects, especially flies, but they have been known to also eat spiders, snails, worms and sometimes fruit. 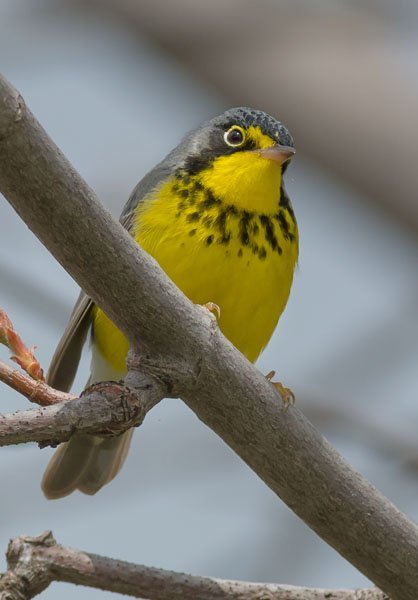 They were first discovered in Canada (hence their name) but they don’t spend all year here. During the winter, they will fly all the way down to South America to get away from the cold. Then, when the weather warms up, they fly north and settle down in Canada or northern United States.

Both the Canada goose and the Canada warbler spend at least part of the year living in the boreal forest. They are just 2 of the over 200 bird species that rely on this forest to survive.

If we want to keep our feathery friends healthy, we need to be careful about how we use our forests, and the Canadian forestry sector is on the job! They make sure we aren’t cutting down too many trees and we’re leaving the forest in good shape for birds and other animals. Not only that, they also protect and restore bird habitat, and work with conservation groups to conduct bird surveys and map their populations. The Canadian forestry sector is making sure that working forests work for birds!

Which Canada bird do you think is cooler:
Canada warbler or Canada goose? 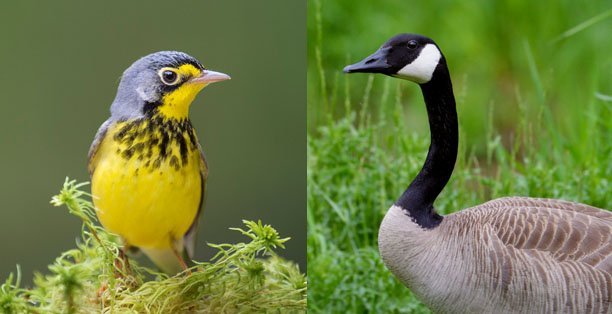