Despite covering less than 3% of the earth’s surface, peatlands store more carbon than all of the planet’s forests combined. They are wetland ecosystems with waterlogged ground that accumulates carbon through the decay of dead plants, storing it for thousands of years – this is considerably longer than the carbon stored in forest soils, which remains secured for up to about 500 years. But unlike forest carbon, much of which exists in forest ecosystems that are the focus of conservation efforts worldwide, peatlands remain largely unprotected. As the second biggest peatland complex in the world, the Hudson Bay Lowland in Northern Ontario is home to many iconic plants and animals, but this area is under threat from climate change, deforestation, and industrial development.

Polar bears are the largest land carnivores in the world. They have a number of adaptations that make them well-suited for life in the frigid north, including hollow hair and a 10 cm layer of blubber to help maintain their core body temperature during the harsh arctic winters. Polar bears rely largely on sea ice for feeding, but will make their way inland to den in snowbanks or frozen peat banks when they’re ready to reproduce.

Wood frogs are found in shallow ponds and wetlands across North America. They belong to the “true frog” family, the most widely distributed frog family in the world with a member on every continent except Antarctica. They survive the cold by hibernating in the winter, spending weeks nearly frozen before emerging again in the spring. In northern Ontario’s peatlands, wood frogs are one of the few frog species that can reproduce in its relatively acidic waters, making this a critical breeding habitat for these amphibians.

Your adoption will help Earth Rangers support Wildlife Conservation Society (WCS) Canada as they work to advance policy and science actions that will help conserve and protect peatland ecosystems in northern Ontario. WCS Canada aims to achieve recognition of northern peatlands as a natural climate solution, highlighting its global importance as a carbon store that should be protected with the help of First Nations across the north. Given the continued threat of natural resource development and climate change, it is critical that we understand how these disturbances will affect the peatlands – and the people, plants, and animals that call them home – so we can better protect them for years to come. 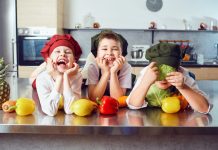 0
New Challenge alert! Want to learn how you can enjoy your food's taste without any of the waste? Look for "All Taste No Waste" in the Challenges section of the Earth Rangers App! Every year, 2.2 million tonnes of perfectly good food ends up in the trash… in Canada alone. That's... 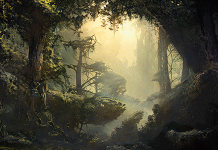 0
When you live in a house full of J.R.R. Tolkien fans, it wasn’t unusual to hear one of the kids scream from the basement “Don’t touch my precious!” It was confirmation that my three children were playing yet another Lord of the Rings role-playing game and the battle for...

17
Let's put your identification skills to the test! Can you figure out what is hidden in this picture? Make your guess in the comments. Need a hint? You'll really help this animal by joining the newest Challenge! 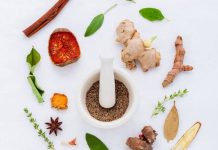 2
Medicine From Nature Time:15 min Difficulty:Medium  Did you know that you can get medicine from nature? It’s true! In fact, Indigenous Peoples have been doing it for thousands of years.

This Toad Needs a New Abode

1
Hi, I'm Tendi the toad! I've had a great summer hopping around and catching bugs. I think I've eaten more than 10,000! After my breeding season in the spring, I left my lake for some summer adventures. I've even gotten to explore all around the neighbourhood! My friends and...

All project and site photos above provided by Lorna Harris.